Environmental Impact of Transport on the environment 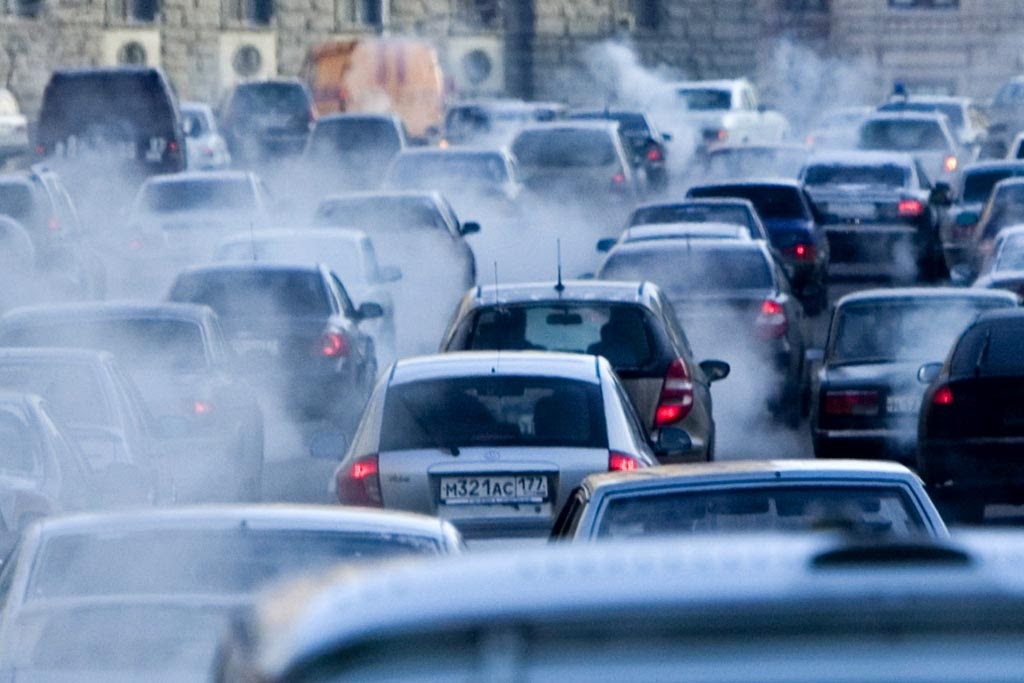 Annually in the world, there is held «A Day Without a Car». It is the day when drivers change car to bikes or walk to work. It first took place in 1973 in Switzerland. People left their cars at home to reduce fuel consumption. Then, the campaign was held in other European countries, but already to show support for the environment.

Personal transport is currently restricted in Norway, Colombia, France and Great Britain. In these countries, diesel vehicles and entry into the historic city centre are prohibited. In the article, we will tell you why this happened and how personal cars caused global warming.

Is global warming a myth?

No, the ambient temperature rises every year. Statistics for the last 20 years can be found on the website of the National Oceanic and Atmospheric Administration. For example, c 2000 to 2019, the average temperature on the Earth has increased by 0.63°C. When the temperature rises to 1.5°C, global warming will be irreversible.

Climatic changes occur every hundred thousand years: global warming is changed to global cooling. But now, the temperature is rising faster than usual. According to the report published by the British Institute of Physics, 97% of scientists believe that temperature rise is due to human influence.

Man uses motor vehicles and builds plants that emit carbon dioxide. It accumulates in the atmosphere and prevents heat from going into space. Because of this, the ambient temperature rises. Today, the amount of carbon dioxide is one and a half times higher than the norm.

Why is road transport harmful to nature?

The car harms the environment more than the rest of the transport. Scientists Terje Berntsen and Jan Fuglestvedt told us about it. In their opinion, the car affects the environment 6-7 times more severely than airplanes and trains. That's why it happens:

Production. Road transport is harmful to the environment even before it hits the road. It takes place at a car factory. Enterprises produce not only useful products, but also hazardous waste: waste electrolytes, alkaline pickling solutions and washing water.

Alternatives. Environmental road transport is developing more slowly than it should. By 2018, only 5.6 million electric vehicles had been sold. This number should increase in order to reduce the harmful impact of the automotive industry.

Quantity. Cars are the most popular transport in the world. The analytical company Navigant Research has counted 1.2 billion cars. For comparison: there are only 39000 civil and military aircraft.

The listed factors influence the amount of carbon dioxide in the atmosphere, which is the key cause of global warming. However, the impact of transport on nature is much more. Here are just a few examples of such an impact:

The engine, alarm and horn in a car are noisy. Loud sounds are amplified on the highway, where several cars are moving at once. Therefore, near the roads the noise level can reach 77 dB.

Permissible volume level for a person is 50 dB. Within these limits, human speech or water cooler sounds. The noise above 50 dB can already be harmful for a person. Because of loud sounds, the body produces a stress hormone that negatively affects the cardiovascular system.

The loud noise from cars also harms animals. Birds near the roads try to shout out cars, which only increases the overall noise pollution level.

In order to protect areas near the road, there are installed noise screens along the highways. They can reduce the volume level by 8-25 dB and stop the spread of dust and dirt. In some countries, solar panels are mounted on the surface of the screens, providing nearby buildings with electricity.

Another factor of the impact of transport on nature is death of animals under the wheels of cars. Every year, in countries like the USA, about one million wild animals are killed by cars. Mortality increases by a factor of many where roads cross migration routes.

In other words, the highways tear what was originally intact. To restore the broken connections, there are built animal crossings across the roads: ecoducts. They are located on the path of migration trails and repeat the vegetative landscape of the surrounding area. Most ecoducts are in the Netherlands — over 600.

The road starts harming nature from the moment it's being built. Forests are cut down and swamps are drained for the construction of roads. Asphalt takes up space where ecosystems could develop.

The road is also not safe for the environment during operation. Over time, under the influence of wheels, the asphalt crumbles and settles as dust on untouched soil. With the first rain, particles get into the ground and poison it.

What to do before it's too late?

We can avoid global warming if we reduce carbon dioxide emissions into the atmosphere. This was told by UN specialists in the report «Global Warming 1,5º C». To begin with, it is necessary to reduce the impact of road transport on the environment. Here is how it can be done:

What does SkyWay offer?

SkyWay is developing unmanned aboveground electric transport on high-strength string rails. For this purpose, the rolling stock and elements of the track flyover are being manufactured in Belarus. This is necessary to control the environmental friendliness of the entire SkyWay infrastructure. 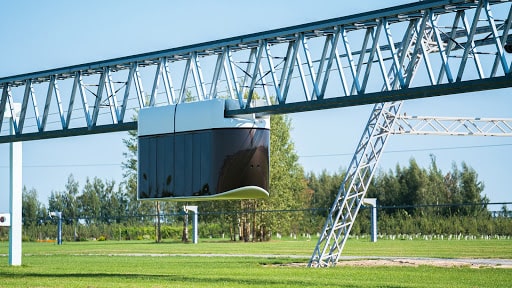 SkyWay Unibus at the EcoTechnoPark, the Belarusian Centre for String Transport Testing

The electric vehicles of other companies also reduce the harmful effects on ecology, but at the same time, these cars use asphalt roads, and for building such roads, trees are cut down and the soil levelled. SkyWay suggests placing transport above ground (on the second level). This will help reduce the impact of transport on the environment: no trees need to be cut down or swamps need to be drained for such a flyover.

The SkyWay vehicles use an electric motor to run on the flyover. Such a motor is environmentally friendly and can accelerate SkyWay speed models up to 500 km/h.

The elements of the SkyWay track structure and rolling stock are manufactured in Belarus. The company uses an environmental management system (EMS) to ensure that it does not harm the environment. In 2019, the company passed a surveillance audit and confirmed its effectiveness.

In other words, in order to minimize the risk of harmful impact as much as possible, it is necessary to improve the entire transport infrastructure: to develop environmentally friendly production, look for alternatives for modern roads and build transport with electric drive.

The SkyWay infrastructure can be seen today at the String Transport Test Centre in Belarus. The innovative SkyWay Centre will also be built in the United Arab Emirates, where the first test launch of the tropical Unicar has recently taken place. 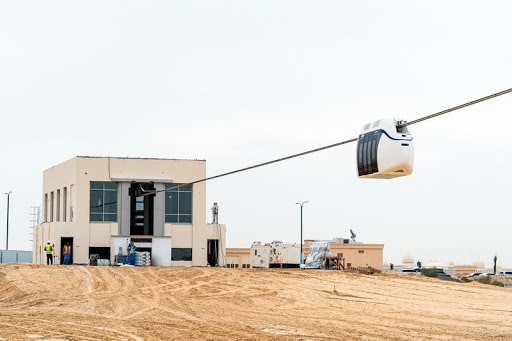 The tropical version of the Unicar at the SkyWay Innovation Centre in Sharjah, UAE

To reduce the environmental impact of road transport, we should remember: