High-speed string transport hits the cover of a science magazine 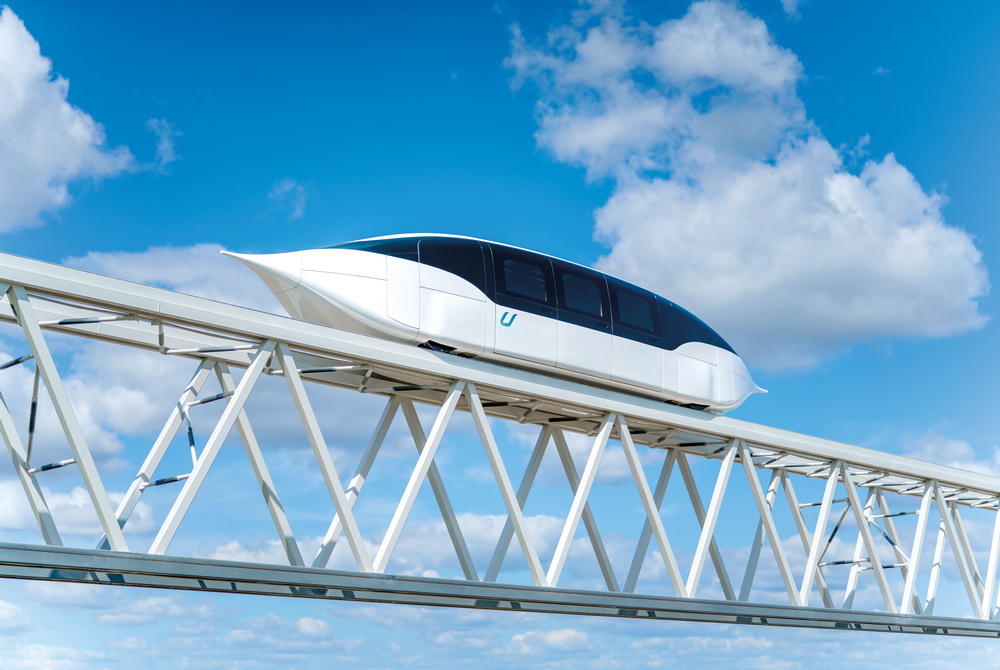 The magazine «Innovative Transport» has published an article about the high-speed string transport. We share the most interesting facts from this article.

— The high-speed string transport model was first unveiled in 2018 at the Innotrans transport exhibition in Berlin. The running tests of the vehicle began in summer 2019 in Belarus.

— The cost of the high-speed track without taking into account rolling stock, passenger stations, terminals and infrastructure facilities ranges from $3 million to $7 million per kilometre.

— The aerodynamic drag coefficient of the high-speed model is 0.06. By comparison: among cars, the Volkswagen XL1 has the lowest coefficient — 0.189. This is three times worse than the string vehicle.

— For a full-fledged test of the high-speed model, there are needed 10 km to accelerate, 10 km to brake and 1km to travel at top speed. The high-speed test track could be built not only in Belarus, but also in other countries.

— The salon of the high-speed model is equipped with ergonomic seats with heating, massage and a display on which you can follow the route in real time.

— In 2021, there began the design of the high-speed model with a capacity of 22 people with a central aisle, luggage compartment and sanitary unit.

«Innovative Transport»— is a scientific publication established by the Russian Academy of Transport and the Ural State University of Railways.

⟶ To read the article in Russian