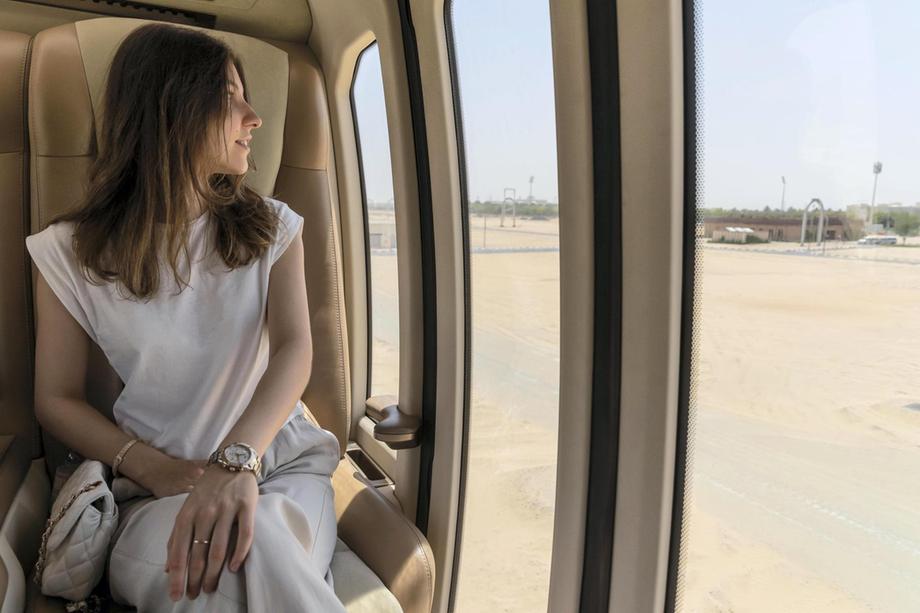 On 6 June, on the site of the English-language newspaper The National, published in the Emirate of Abu Dhabi, UAE, there has been released an article about the SkyWay transport with the headline «First Look at Sharjah’s High-Speed Electric Elevated Transport».

The publication is based on the recent visit by journalists to the UST Testing and Certification Centre in Sharjah. The authors of the material highlighted the current successes of the SkyWay project and plans for development in the UAE.

In particular, the journalists mentioned that the 2.5-kilometre heavy test track would be fully ready in October that year to show the string transport at the speed of 140 km/h. As a reminder, the Expo 2020 international exhibition in Dubai where SkyWay is scheduled to take part, begins in October as well.

A representative of the UST Centre in Sharjah has also told the reporters that the construction of the track of the first SkyWay targeted project, which will be launched by September 2023, is to begin very soon.

Which track exactly is being talked about is not mentioned in the article. It could be referring to the 130-km freight track between Sharjah and Khor Fakkan, the design for which has been under consideration by the Sharjah administration for the past few months.

Besides, in the material, there was shown a video of the Tropical Unicar’s ride with passengers. We remind you that we had previously reported the UST’s commencing operation of the 400-metre test section to check its performance under near real-world conditions.

The journalists the fromThe National have already visited the UST Testing and Certification Centre in Sharjah in January of this year. At that time, in the material, there appeared information about the possible construction of the freight track between Sharjah and Khor Fakkan.