How did the trip of the SWC Board Members to Vietnam go? 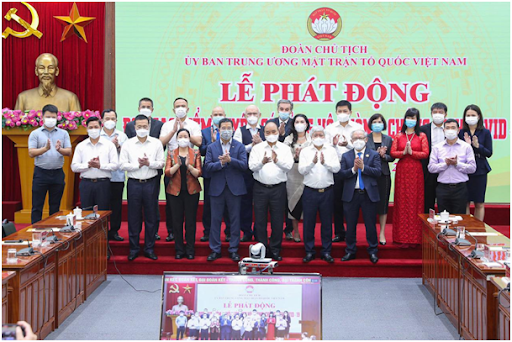 We are happy to announce that Members of the SWC Board Vladimir Maslov and Frantisek Solar have returned from a business trip to Vietnam, where they met with representatives of a number of Vietnamese companies, and discussed the development of SkyWay in the country. We offer you a detailed report of the trip.

SkyWay route to Loi Am Pagoda

The Board Members held negotiations with representatives of Think Phat, a company planning to build a 3,3 kilometre route to Loi Am Pagoda. As a result of the meeting, an agreement was signed to establish a joint venture VIETTRANSNET Ltd. to support the development of future projects in Vietnam and obtain permission for investment activities in the transport sector. After the completion of the pre-project preparation, the project will be transferred for further development to the UST company. The Board Members held a meeting with the representatives of HUONG SEN GROUP and learned about the idea for a project of a network of intelligent cities called «Star» in the Thái Bình province. Vladimir Maslov and František Solár also visited the headquarters of the National Front of Vietnam, a member of which has also become the President of Vietnam. At the meeting, the SWC Board Members presented a donation certificate for those affected by last year's typhoon. On their behalf, Think Phat handed over a separate certificate for $4000 on behalf of the joint venture VIETTRANSNET Ltd.

Training for the Vietnamese partners

In Vietnam, there was an opportunity to conduct a training for Top Experts and Sky Experts, at which the specifics of the life cycle of innovative transport projects and the strategic importance of Vietnam for the development of SkyWay were discussed. Cooperation with the scientific community

There ws held a meeting with partners who created the STIC information centre, which is part of the Vietnam Creative Workers Association (VLCA). The association works closely with the scientific organization VUSTA with the support of the Ministry of Science and Technology. This means that the project from now on has an official channel for disseminating information about the UST technology. As a result of the collaboration, a VLCA magazine issue was published in April with a 20-page article on SkyWay. Another meeting was held with Trịnh Nguyên Vũ, the CFO of TRÍZCOM. Mr. Trịnh Nguyên Vũ conveyed an official letter on behalf of the company to the Board Members, and also expressed high interest in investing in the project and further cooperation in the construction of string bridges and reclamation of islands using humus.

The trip of Vladimir Maslov and František Solár concluded with a visit to the Vietnamese Ministry of Science and Technology and the National Center for Vietnam Start-ups. The main topic of discussion was the joint conference «Vietnam Mobility in the 21st Century». The meeting was also attended by representatives of the Ministry of Foreign Affairs of Vietnam and radiobroadcasters.

Achievements of our partner in the Dominican Republic